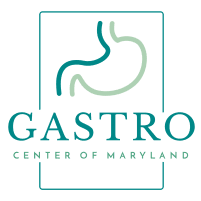 What is a hemorrhoid?

Hemorrhoids—also known as piles— are swollen veins located in or near the opening of the anus. They can be extremely uncomfortable and may itch. If they are sensitive enough, they bleed when a hard bowel movement is passed.  Hemorrhoids are common in patients with constipation or hard stools. They commonly appear during pregnancy and many will go away on their own without treatment. Hemorrhoids that grow large can be uncomfortable and cause pain and/or itching. The larger a hemorrhoid grows the less likely it will recede on its own. Hemorrhoids are not dangerous in most situations and are not linked to polyps or colon cancer.

What is hemorrhoid banding?

Hemorrhoids are not the same as a polyp and do not cause colon cancer. A hemorrhoid is simply a vein that lies along the surface of the rectal wall and eventually becomes engorged and protrudes outward. Polyps, on the other hand, are growths that result from abnormal cells along the inside of the large intestine or colon. While hemorrhoids have been linked to rectal bleeding, the bleeding is secondary to the vein being irritated and not from a cancerous lesion.

Many people believe that constipation is the inability to have a bowel movement, however, this is incorrect. Constipation occurs when a person has difficulty moving their bowels. Some people produce very few stools while others may have to strain excessively to eliminate the waste. Both are considered types of constipation. When a person is constipated, their stools are often hard and dry. They may be difficult or painful to pass, exacerbating hemorrhoids and leading to rectal bleeding. Constipation usually occurs because there is a lack of fiber in the diet leading to less water in the stool. Constipation can also be a side effect of certain types of medication.

What is the main cause of constipation?

One of the main causes of constipation is the lack of fluid in the digestive tract. Fiber absorbs fluid as it moves through the digestive tract. The fluid makes the stools softer and much easier to pass through the rectum and anus. When the stool is the right consistency, the person doesn’t have to excessively strain to have a bowel movement. Constipation is often a medication side effect.

Diverticulitis is a health condition that affects the colon. The colon is made up of sections that move in a wave to help the wastes from the digestive processes move towards the rectum for elimination. Over time, small pouches can form along the walls of the colon. If the waste becomes lodged in the pockets and they eventually become inflamed or infected, diverticulitis is the result. The condition may cause abdominal pain, fevers, chills, and diarrhea. Increasing fiber in the diet may be beneficial to those who have had diverticulitis as a lack of fiber makes it difficult for the waste to travel through the colon smoothly.